Close
You can login using your social profile
Install social plugin that has it's own SHORTCODE and add it to Theme Options - Socials - 'Login via Social network' field. We recommend: Wordpress Social Login
Problem with login?

To Grill or Not to Grill

HomeAll postsHealthy TIPSTo Grill or Not to Grill 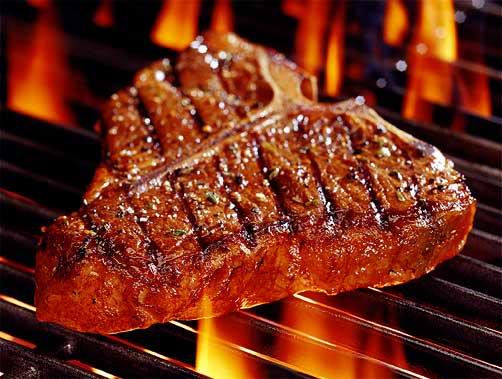 Grilling is as American as apple pie, but like a lot of things we’ve always assumed were healthy, it’s come under fire recently for presenting some serious health risks.

Grilling raises two concerns, both of them because of chemical reactions. One of these happens when fat drips on the coals and forms nasty little compounds called polycyclic aromatic hydrocarbons or PAHs, which are carcinogenic. Good as that black stuff tastes on the charred meats and fish, it’s loaded with PAHs. Avoid flaming, charring, or blackening, and should it happen, just scrape off the black stuff.

The other-and possibly-bigger problem is a chemical reaction that happens inside of animal foods (meat, chicken or other poultry) that are kept on the grill for a long time at high temperatures. Compounds inside the food react to high temperatures and create heretocyclic amines (HCAs), which have been shown to trigger tumors in mice. More than two dozen studies have shown a troubling link between cance and high consumption of these well-done, grilled foods.

Briefly microwaving the meat before grilling actually removes some of the molecular building blocks of HCAs – sugars, creatinine, and some amino acids. All you need to do is shove it in the microwave for a “pretreatment” of 1 1/2 to 2 minutes.

Another tp to make eating grilled meats safer: load up with veggies. Eating cruciferous vegetables like broccoli along with grilled meats seem to change the way your body actually metabolizes the chemicals created in grilling. And use marinades. They serve as a protective wall against the heat,, and because less fat drips onto the coals, they help to reduce the creation of HCAs.

Obviously the highest risk is associated with the highest consumption of well-done, charred, or blackened grilled meats, but as noted health writer Tara Parker Pope points out, we have no idea what the “safe” dose of either of these carcinogenic compounds is. For safety in grilling, here are basic guidelines:

Thank You Very Much for the ❤️
Our heart is fu

Magical Moments @ The Cafe by @earthoriginsevents

Magical Moments @ The Cafe by @earthoriginsevents